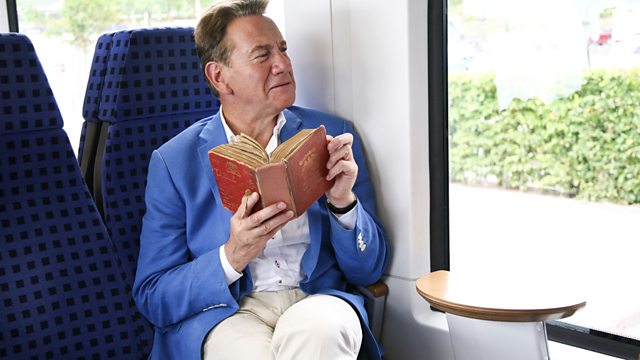 Michael Portillo returns to his native Spain as he follows the railway lines travelled by the intrepid tourists of the Belle Epoque.

Armed with his 1913 railway guide, Michael Portillo returns to his native Spain to discover what the intrepid tourists of the Belle Epoque experienced on their travels through the fading Spanish Empire. Hard on their heels in Madrid, he visits the scene of a grim assassination attempt at the royal wedding of a British princess and a Spanish king.

Striking south to historic Cordoba, Michael dances with an unusual partner and enjoys all the fun of the feria. Heading further into Andalusia, Michael arrives in Seville, the city he has made his Spanish home and where, in the city's tobacco factory, he learns about a gypsy girl named Carmen.

After sipping sherry in Jerez, he traces Winston Churchill's tense diplomatic mission to Algeciras on Spain's Costa del Sol and finishes with tales of British espionage on the Rock of Gibraltar.