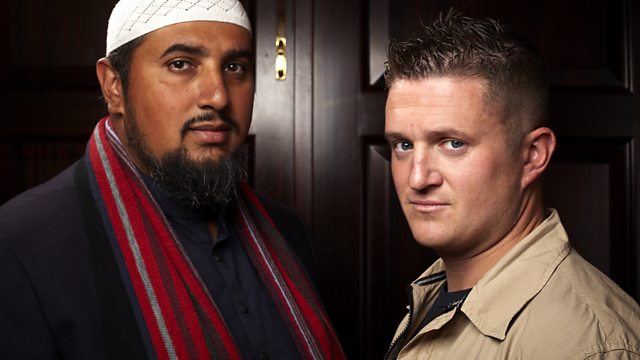 Documentary following Tommy Robinson and Mo Ansar as each shows the other his view of British Islam, and uncovering the full story of how Robinson decided to leave the EDL.

When Tommy Robinson, then leader of the EDL, met Mo Ansar, the Muslim who campaigned to ban the EDL, on BBC One's The Big Questions, it turned out to be the encounter that changed everything.

Ansar challenged Robinson's knowledge of Islam and offered to show him how real British Muslims live and what they actually believe in.

Following the pair as each shows the other his view of British Islam, the film reveals that Ansar was present at an EDL street protest in May and was also the first Muslim to address the EDL. It shows Robinson as he visits Walsall Mosque and meets with one of Britain's leading Muslim scholars, Shaykh Ibrahim Mogra. The former leader of the EDL also debates the burqa and niqab with Muslim politician Salma Yaqoob, and discusses the Qur'an with noted Islamic commentators including Islamic scholar Dr Usama Hasan and historian Tom Holland.

The programme uncovers the full story of how Robinson came to his decision to leave the organisation he founded; the moment he first met Maajid Nawaz from Quilliam; the counter-extremism think tank who helped facilitate his stepping down; and it questions whether this is just a change of tactics or the beginning of a new Tommy Robinson. 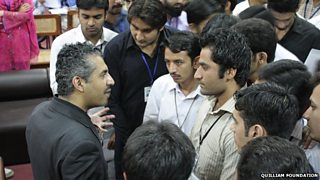 Find out more about the group who claim to have facilitated Tommy's decision.