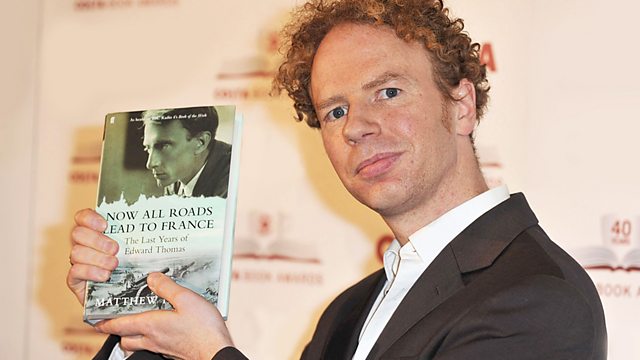 Matthew Hollis talks about his Costa Prize-winning account of the last years of poet Edward Thomas, Now All Roads Lead to France, with James Naughtie and a group of readers.

The book is an account of the final years of Thomas who died in action in the First World War in 1917.

Inspired by his life-changing friendship with American poet Robert Frost, Thomas wrote poem after poem, and his emotional affliction began to lift.

The two friends began to formulate poetic ideas that would produce some of the most remarkable verse of the twentieth century. But the First World War put an ocean between them: Frost returned to the safety of New England, while Thomas stayed to fight.

Hollis is a poet himself and talks about the poetic life as well as the roads taken - and those not taken - that are at the heart of the book.