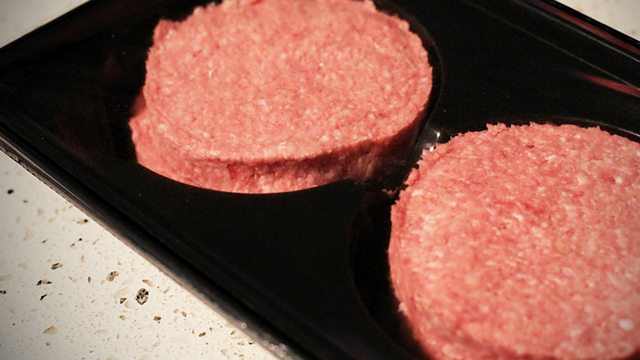 Sheila Dillon asks why, ten months after the horsemeat scandal, no-one has been either fined or prosecuted.

In January of this year the Food Standards Agency confirmed results showing horsemeat had been found in supermarket burgers. Over the next few days and weeks, more DNA testing would reveal more beef products contained horsemeat.

Ten months on there have been no prosecutions or fines and we're still waiting to be told how the unlabelled horsemeat entered the food chain, and who put it there.

Criminal investigations are underway across Europe, led in the UK by the City of London Police. Most public information on the scandal however has come from two sources, a report by Ireland's Department of Agriculture and secondly, the hours of evidence heard by MPs on the Environment Food and Rural Affairs Select Committee.

The Food Programme explains what we know from these sources and also why an out of court settlement between two companies reveals much about one of the meat supply chains from the Netherlands into the UK.

The programme hears from the Guardian's Special Correspondent, Felicity Lawrence, whose updated book, Not On The Label, gives a detailed account of the scandal.

Reporters Ella McSweeney and Anna Holligan give the latest developments in Ireland and the Netherlands. The Grocer magazine's Julia Glotz, explains how our shopping habits have changed since the scandal and why this proving to be a problem for companies with no involvement in the contamination.

Where are the investigations heading and what chances of successful convictions? These are questions Sheila Dillon puts to Andrew Rhodes of the Food Standards Agency.

The programme is produced by Dan Saladino.

The Sugarman of Brazil