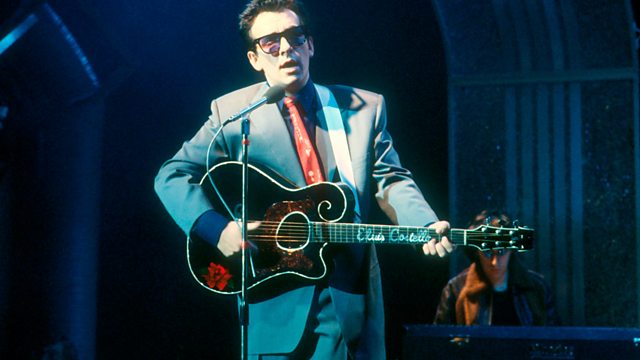 Elvis Costello shares his musical milestones with Matt Everitt in a programme first broadcast in 2013.

Elvis Costello shares his musical milestones with Matt Everitt in a programme first broadcast in 2013.

He arrived seemingly fully-formed with his 1977 debut album My Aim Is True, full of passion, anger and poetry - and hasn't stopped moving since.

He's produced albums of sneering post punk, lavish orchestral pop, country and western, easy listening, classical, Tin Pan Alley pop and jazz - and the thread that runs through all this is his songwriting skill.

Elvis talks about the influence of his father (who was a trumpeter with the Joe Loss Orchestra in the 50s and 60s), the recording of his breakthrough debut album and enlisting Chet Baker for Shipbuilding.

He also talks about some of his favourite collaborators, including Paul McCartney, Burt Bacharach and the Roots.