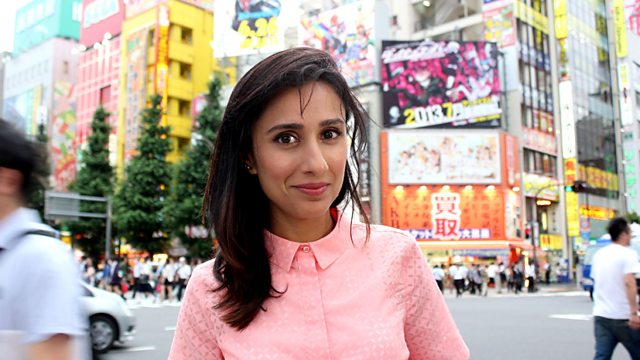 As Japan faces a future which could see its population shrink by a third in just 40 years, Anita Rani explores the reasons why the Japanese are not having enough babies.

In a world where people panic about the rising global population, Japan is facing a very different future which could see their population shrink by a third in just 40 years. One reason is that the Japanese are not having enough babies and the causes of that form the basis of Anita Rani's intriguing journey.

Part of a season of programmes on population for This World, No Sex Please, We're Japanese explores the Otaku culture - the world of nerds and geeks obsessed with computer games and Manga cartoons - which has led to a withdrawal of many Japanese men from the dating game. Anita meets two men in their late thirties who have in-depth relationships with virtual teenage girlfriends as part of a role playing game: 'I think twice about going out with a 3D woman', says one.

The Japanese have far less sex than other nations and Anita also meets the women who struggle to work and have children in a society still dominated by traditional gender roles. Added to this, Japan also has the oldest population in the world, 25% are over 65 and 50,000 over a hundred years old. Anita visits a group of retired cheerleaders and a prison with a wing especially designed for pensioners.

Too few young people to pay tax, too many old people needing support - it has all led to a debt problem worse than that of Greece and an uncertain future for a country that still is the third largest economy in the world.

See all clips from No Sex Please, We're Japanese (2)

The Japanese men who prefer virtual girlfriends to sex 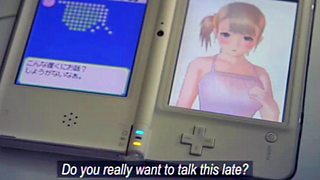