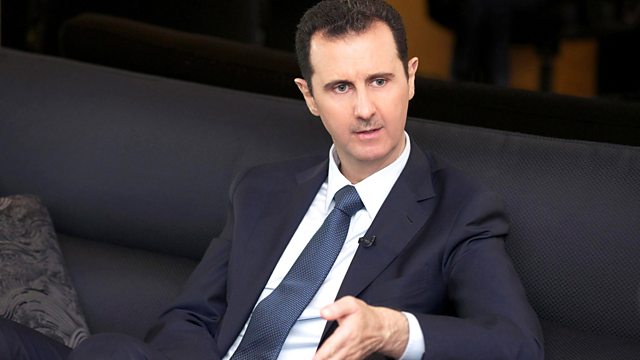 Syria: Inside the Opposition

Syria's opposition movements comprise a diverse range of political and armed groups. But how do they differ in terms of their ideology, their modus operandi and in their vision for a post-conflict Syria?

Edward Stourton investigates the numerous alternatives to President Assad and assesses which groups are gaining or losing influence on the ground after more than two years of bloody fighting.

The programme will hear from those in charge of the National Coalition - the Istanbul based group officially recognised by the UK government but dismissed by some as "the opposition of the hotels".

Ahead of the United Nations Geneva II negotiations, expected in late November, Edward Stourton will examine why, in a country with an overwhelming Sunni Muslim majority, a leader from the small Alawi minority community has managed to hang on to power.