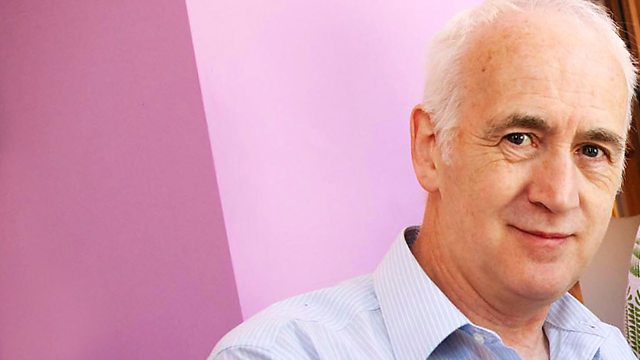 Richard Coles and Suzy Klein with Horrible Histories author Terry Deary whose new adult history book is about the Roman Empire and whose play, Barmy Britain Part Two!, is on at the Garrick Theatre in London.

They also talk to Jonny Mitchell, Head Teacher at the Thornhill Academy in Dewsbury and the subject of Channel 4's series 'Educating Yorkshire', Henry and Ingrid Wuga, Kindertransport refugees in 1939 who met and married in Glasgow and still live there together aged 89 and Barnaby Rogerson who runs Eland Publishing which specialises in keeping classic travel books in print. They hear from local people in Sunderland as part of a JP Devlin crowdscape, find out about ten-year old Fynnjan who has Aspergers, and his Mum, who are trying to get the song and music he's written to Christmas No1 in the charts whilst raising money for charity and listen to writer Khaled Hosseini's Inheritance Tracks.

Terry Deary is the author of Horrible Histories. His latest book, 'Dangerous Days in the Roman Empire' marks a move into writing entertaining history books for adults. Terry's play Horrible Histories: Barmy Britian- Part Two! is on at the Garrick Theatre.

Jonny Mitchell is the headmaster of Thornhill Community Academy which featured in the Channel 4 series Educating Yorkshire. He tells us about the joys and challenges of running a tough comprehensive and having TV cameras in the school.

Next month marks 75 years since Kristallnacht which led to 10,000 Jewish children arriving in Britain on Kindertransport trains. Henry Wuga and Ingrid Wolf ended up in Glasgow – they met at a refugee club, fell in love and married in 1944. Find out about the touring show, Suitcase.

Barnaby Rogerson is intrigued by the role of numbers in folklore and culture. 'Rogerson's Book of Numbers' is published by Profile Books.

Mingling amongst the crowds in Sunderland city centre.

CHRISTMAS SINGLE :: THE SPIRIT OF CHRISTMAS

Ten-year-old Fynnjan, wrote the words and music to 'The Spirit of Christmas'. The song was such a hit locally that Fynnjan’s mum Su decided to record it as a charity single and release it in time for Christmas.