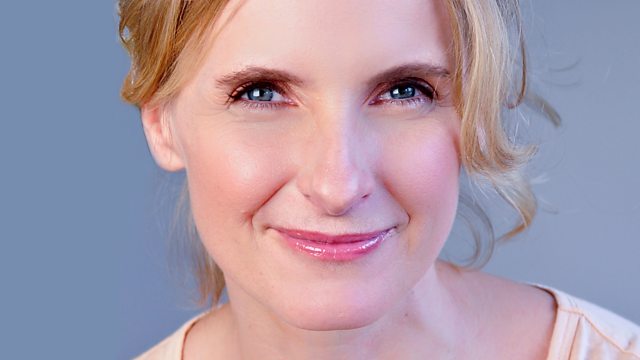 Arts news with Kirsty Lang, including an interview with writer Elizabeth Gilbert, James Corden as Paul Potts in One Chance, and Robert Webb and Tamzin Outhwaite in Raving.

Elizabeth Gilbert's memoir Eat, Pray, Love spent nearly 200 weeks on the New York Times Best Seller list and was made into a film starring Julia Roberts and Javier Bardem. Elizabeth talks to Kirsty about returning to fiction for her new book The Signature of All Things, a story which spans the 18th and 19th centuries and sees its heroine, botanist Alma Whittaker, travel from Philadelphia to Tahiti and Amsterdam in search of answers, adventure, and love.

James Corden stars as Britain's Got Talent winner Paul Potts in the biopic One Chance.
The film also stars Julie Walters as his mother Yvonne and is directed by David Frankel (The Devil Wears Prada, Marley & Me). Larushka Ivan-Zadeh went to find out whether it matters that James Corden had to lip-sync to Paul's vocals.

This week Qatar's Sheikha Al-Mayassa was deemed to be the most powerful person in the art world, topping The ArtReview Power 100 list. The sheikha and her family are estimated to spend more than £600 million per year on art. But do the tastes of the big art buyers influence what kind of art is produced? Art market watcher Sarah Thornton reflects on the impact of the new international tastemakers.

The Signature of All Things is published by Bloomsbury Publishing.

One Chance is in cinemas from today, certificate 12A.

Raving is at the Hampstead Theatre in London until 23 November 2013.

The ArtReview Power 100 is published each year in the November issue of ArtReview magazine and is a comprehensive listing of the artworld’s most powerful figures.