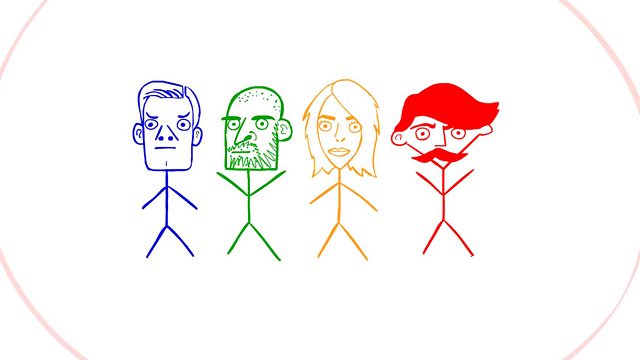 Symphonious sketches including commentary from the World Ham Shouting Championships and harassment from a footy hero. From 2013.

Dipping in and out of odd stories, there's commentary from the World Ham Shouting Championships and meet a couple who are being harassed by a former England football hero.

After a successful pilot show, this is series one of the symphonious sketch show starring Daniel Rigby, Mike Wozniak, Sara Pascoe and Henry Paker.

Written by the cast and Benjamin Partridge with additional material from Chris Allen and Marc Jones.

See all episodes from Small Scenes