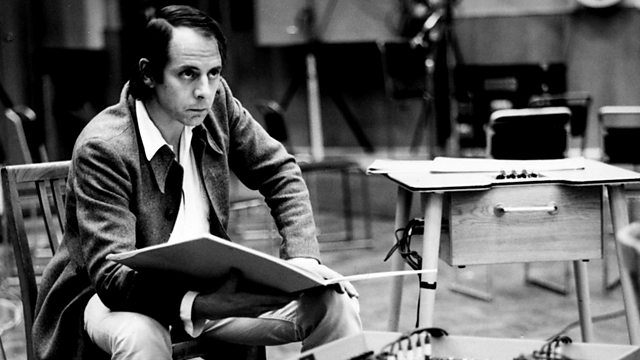 Stockhausen, Nono - The Rest is Noise

Robert Worby introduces music by Stockhausen and Luigi Nono from The Rest is Noise, the London Southbank Centre's year-long festival of classical music from the 20th century.

Robert Worby introduces a concert from The Rest is Noise, the South Bank Centre's year-long festival of classical music from the 20th century inspired by the book of the same name by Alex Ross. Tonight's music comes from two composers associated with the Darmstadt School of the 1950s: Luigi Nono and Karlheinz Stockhausen, whose monumental score Gruppen calls for three orchestras with three conductors. Plus a closer look at the German composer's electronic masterpiece from the same period, Gesang der Jünglinge, with the help of musicologist Sean Williams and including excerpts from previously unbroadcast session tapes.

See all clips from Stockhausen, Nono - The Rest is Noise (2)