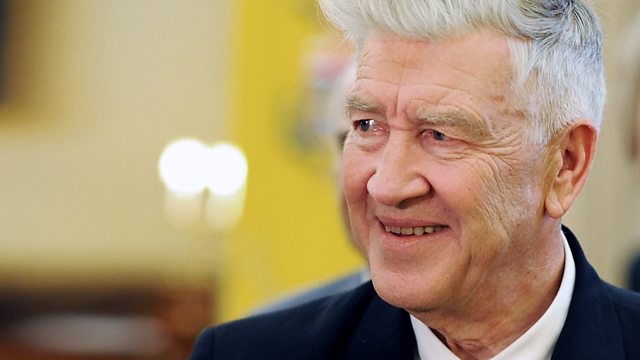 David Lynch discusses the pivotal moments and music that have shaped his life and career with Matt Everitt. First broadcast in 2013.

David Lynch, filmmaker, writer and television director and creator of Twin Peak, Blue Velvet, Lost Highway, Mulholland Drive, Eraserhead and Wild At Heart discusses the pivotal moments and music that have shaped his life and career.

Lynch is also a musician, having helped create the music for many of his movies (he wrote the lyrics to the Twin Peaks theme - Falling sung by Julee Cruise) as well as solo albums such as The Big Dream - a record as hypnotic and disturbingly beautiful as his films.

In a rare interview, recorded in 2013, Lynch speaks to Matt Everitt about his formative early musical influences (Chopin and the sound of B36 bombers flying over his childhood home), his passion for Elvis and early rock 'n' roll, directing David Bowie, his love of jazz, how he creates his own unique music and how the imagery and plot of his classic film Blue Velvet was directly inspired by Bobby Vinton's 1963 classic single, which would never sound the same again.