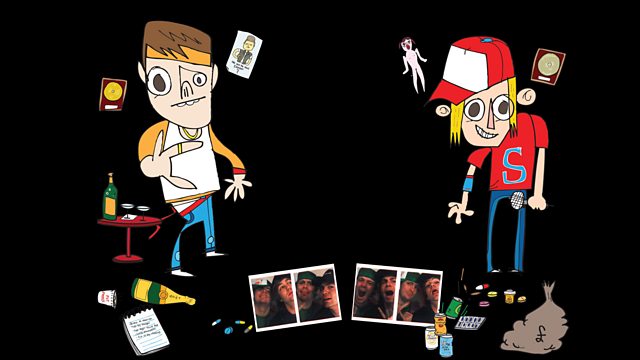 Documentary telling the audacious tale of how two Dundee lads duped the record industry by pretending to be a Californian hip hop duo and nearly ended up destroying themselves.

Foul-mouthed Californian hip hop duo Silibil n' Brains were going to be massive. But no-one knew the pair were really amiable Scotsmen, with fake American accents and made up identities. This documentary tells the audacious tale of how two lads from Dundee duped the record industry and nearly destroyed themselves.

When their promising Scottish rap act was branded 'the rapping Proclaimers' by a scornful record industry, friends Billy Boyd and Gavin Bain reinvented themselves as Los Angeles homeboys. The lie was their golden ticket to a record deal and a dream celebrity life. With confessions from the rapping imposters, insight from the music industry they duped and animated elements, the film charts the rollercoaster story of this outrageous scam.

A stranger-than-fiction true account of fractured friendship, the pressure of living with lies and the legacy of faking everything in the desperate pursuit of fame.

See all clips from The Great Hip Hop Hoax (4)

I’m not sure you can have one without the other. All the films I make are portraits to varying extents, The Great Hip Hop Hoax is probably the most story driven film I have made but I hope that you go on a journey with the characters and feel differently about them at the end of a film than you did at the beginning. Even in a very narrative heavy film, if you were to cut out character all you would be left with would be plot.

I was really drawn to the small details of the story and the pair’s deception that helped bring it to life – the “laminate flooring”!

As soon as I read about the deception Silibil n’ Brains pulled off I knew I wanted to make a film about their story. I was intrigued with how the lie took on a life of its own and ran away from them.

Everybody lies everyday, it's human nature but what happens when you lie about your whole identity to get what you want? I felt haunted by the idea that the boys changed themselves fundamentally, all for the hollow promise of fame.

I kept thinking about my (Scottish) father and the improbability of him ever sacrificing his “Scottishness”. I told him about the story and he found the idea ridiculous.

I wanted to discover how and why they did it and what the lasting effect on them was… I’m also a really rubbish liar, I could never have done what they did.

It took a long time – I first started filming Gavin almost five years go. It took a while to get both Billy and Gavin both on board for various reasons – I went and made SOUND IT OUT in the interim. It was worth waiting until I was able to tell the story from both men’s perspective. The story lies in-between the two of them.

It was fascinating comparing different versions of the same events. Billy and Gavin’s in some places were beat for beat and in other places wildly different. I had to plough through the “lies about the lies about the lies”. It was like unravelling a jumper.

I found my reaction to some of the archive surprising, knowing the two of them as grown men I was genuinely surprised by some of their behaviour in the guise of Silibil n’ Brains back in 2004 – smashing glass on the street in particular.

It has gone down brilliantly, particularly in Canada. Maybe my Canadian editor Jim Scott has left his mark.

Too many to mention. To celebrate the release of the film Broadway Cinema in Nottingham where I am based programmed a mini season of my favourite films. These included the docs:

The Agony and the Ecstacy of Phil Spector

They are both portraits of a kind, one of a likeable slacker who is just really trying to get his film made. Another of a great artist who is also facing trial for murder. I am both in awe of Spector’s music, charmed by his talent and repulsed by actions. Such a layered portrait, it’s a great film.

I could lose many hours listening again to my favourite podcast This American Life www.thisamericanlife.org

I would have loved to meet Jimmy Ellis aka Orion who I’m making my new film Orion about. I’m piecing his life together through archive and stories – he was brutally murdered 14 years ago. At the moment I’m ploughing my way through hours of recordings, a voice “from the grave” if you like. I’d love to hear from the man himself.

Bobbie Gentry – her mysterious departure from public life after her time in the spotlight has always intrigued me.

When I was about 10 we had to write an essay for school entitled "my hero". Most of the girls in my class wrote about Lady Diana and her flicky hair. My essay was about Kenneth Williams. I was kind of obsessed with him and what I saw as his arch wit. I would have given anything to meet him and ask him questions all day.

If you want to be a filmmaker, don’t just talk about it - make films.

The golden rule is don’t ask filmmakers about cameras, as they’ll never stop and it’s very dull.  My well stocked Peli cases have a 7d, a c300, lenses, GoPro, mini lights, sound kit, magic arm, window clamp.... I like knowing I can load up my car at anytime and go filming on my own if I need to.

I’m interested in telling small and shy stories. I sometimes feel like a shy person in the role of an extrovert, as a filmmaker. I’ve found a way of connecting with an audience – a film can make a very small and intimate story accessible by thousands, but without the need for shouting.

I can’t really say but it’s something deeply uncommercial, small, uncommisionable and would never attract funding in a million years.

Nuns, sexual repression, lipstick and transformation, directed by a maverick duo in post war Britain. DOP Jack Cardiff brought the Himalayas to life on a sound stage in London using black and white photo backdrops coloured with chalk. The effect is breathtaking.

Many of the people you see in The Great Hip Hop Hoax didn’t want to take part initially, that’s the same for Sound It Out as well. Part of my job is to persuade people that being in a film could be a good experience and that I will treat their contribution with fairness and respect. I really enjoy interviewing people who have never been on camera before and might see themselves as unlikely contributors. Who really wants to hear from someone who wants to be in a film?

Gillespie and I by Jane Harris – an unreliable narrator takes us through the winding art world of 1880s Glasgow. 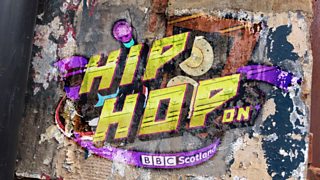 TV blog: “Lies about the lies” 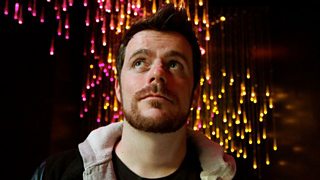 “The quest for truth also governed the way the film looks”

How the 'rapping Proclaimers' lived a lie 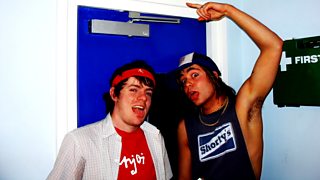 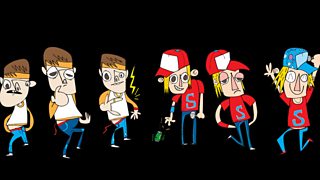