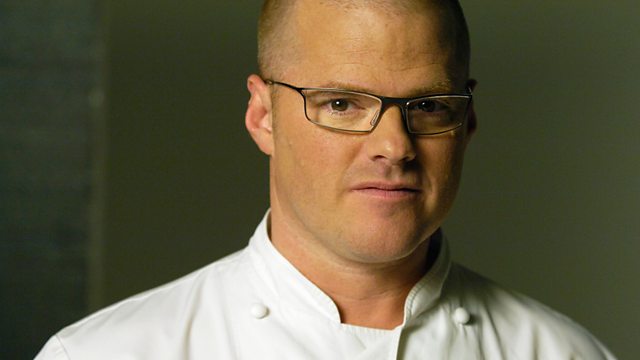 Heston recreates mock turtle soup, a recipe first appearing in 1732 but whose craze lasted into Victorian times. From October 2013.

Heston Blumenthal's name is synonymous with cutting edge cuisine but his inspiration comes from the history of British cooking. In 'Historic Heston' he chooses twenty eight dishes which span from medieval times to the late 19th Century. He takes them apart, then puts them together again with his own inimitable twist, so creating a sublime 21st Century take on ancient delicacies.

Today, as an avowed fan of Alice in Wonderland, Heston unveils the inspiration for one of his signature dishes, Mock Turtle Soup. The original recipe for the soup appeared in a cookbook written by the first Professor of Botany at Cambridge University in 1732, but the dish quickly made it into the mainstream and the craze for it lasted well into the Victorian age.