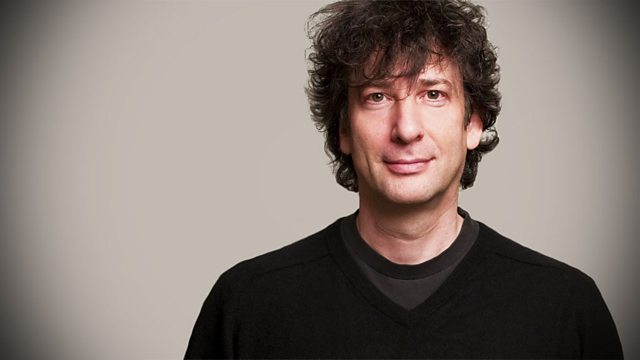 Richard Coles and Suzy Klein with writer Neil Gaiman, Matilda Tristram who discovered she had cancer when she was 17 weeks pregnant and decided to tell her story in a comic strip, Jazz Summers who spent 10 years trying to get out of the army, and John Levene who played the Yeti in the newly rediscovered episodes of Doctor Who. Musician Tori Amos reveals her Secret Life, The Comic Strip's Lana Pillay shares Inheritance Tracks, and John McCarthy goes to Cornwall to meet the Germans on the trail of Rosamund Pilcher.

Neil Gaiman is the much-garlanded writer of children’s stories, novels, comic books, films and screenplays, including Doctor Who. He’s appeared twice as himself in The Simpsons. His new book, Fortunately The Milk…is out now.

Listen to Neil on Open Book.

Matilda Tristram discovered she had cancer when she was 17 weeks pregnant and decided to tell her story in a comic strip.

Jazz Summers signed up to the Army at 15 and then spent 10 years trying to get out. When he did he became a pop impresario, managing acts including Wham!, The Verve and Scissor Sisters.

John Levene played the Yeti in the newly rediscovered episodes of Doctor Who, The Web of Fear.

Tori’s musical The Light Princess is currently playing at The National Theatre.

John McCarthy goes to Cornwall to find out why it attracts so many visitors from Germany and what romantic novelist Rosamunde Pilcher has got to do with it. Amongst the places he visits Prideaux Place in Padstow and The Hotel Bristol in Newquay which caters especially for German tourists and the Tate Gallery in St Ives.

Lana Pillay, also known as Al Pillay, appeared in the Comic Strip and on French and Saunders, and alongside Fenella Fielding in John Jenkinson’s new movie ‘Pelicans’.

Lana chooses 'Both Sides Now' by Joni Mitchell and 'Believe In Yourself' by Lena Horne.

John Levene with his Doctor Who Yeti prop

John Levene played the Yeti in the newly rediscovered episodes of Doctor Who.
He was given a prop that the crew were going to throw away. It is one of three that were made, so it is now very much a collectors item!