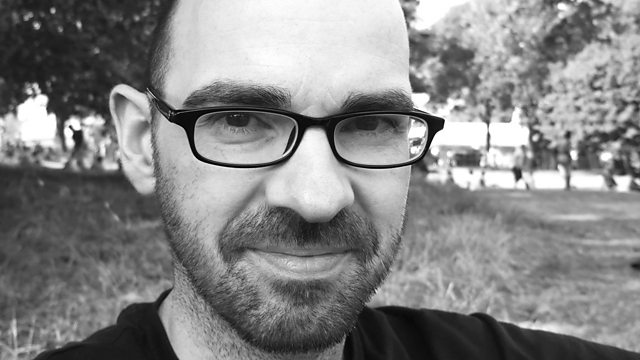 And the Consequence Was...

In an audio version of the game Consequences, Steve Urquhart presents three interwoven stories about marks left on the body, inspired by the words 'nobody can see what we see'.

Five radio producers from around the world hijack The Essay for a week to play a game of audio 'Consequences'.

As part of BBC Radio 3's celebration of twenty years of Between The Ears', the BBC's home for adventurous feature-making, five radio producers from different corners of the world play a week-long audio version of the popular childhood game Consequences.

Five radio producers from different corners of the world play a week-long audio version of the popular childhood game Consequences.

Over the course of the week, the five elements of the narrative game are introduced - the woman, the man, where they met, what they said and the consequence ...

The series explores the many playful ways a story for the ear can be told - from documentary to drama, sound art to fantastical storytelling - with each player unaware of what has preceded them.

Mirroring the structure of the game itself, three stories are interwoven about the marks left on the body by love, accident and design, inspired by the words "nobody can see what we can see" which appeared at the end of the first ever edition of Between the Ears in 1993.

She Said/He Said—Between the Ears at 20, Consequences