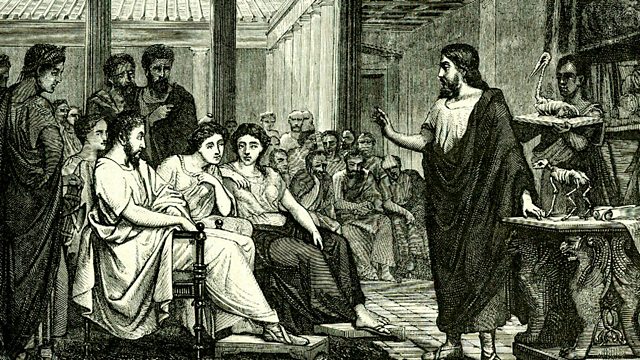 Melvyn Bragg and his guests discuss the Roman physician and medical theorist Galen. The most celebrated doctor in the ancient world, Galen was Greek by birth but spent most of his career in Rome, where he was personal physician to three Emperors. He was one of the most prolific authors of his age, and a sixth of all surviving ancient literature in Greek was written by him. Celebrated in his own lifetime, he was regarded as the preeminent medical authority for centuries after his death, both in the Arab world and in medieval Europe. It was only the discoveries of Renaissance science which removed Galen from his dominant position in the pantheon of medicine.

Helen King
Professor of Classical Studies at the Open University

The Book of Common Prayer

Helen King at the Open University

Caroline Petit at the University of Warwick

S. Mattern, Galen and the Rhetoric of Healing (Baltimore, 2008)