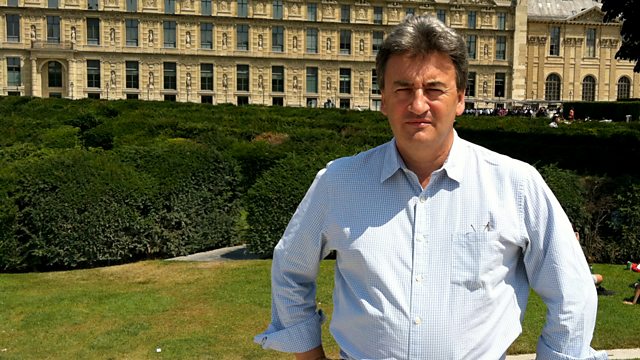 Napoleon and the Birth of Terror

Paris, Christmas Eve, 1800. Napoleon Bonaparte is caught by the blast from an enormous cart bomb as he is driven to the opera. Who is to blame?

Paris, Christmas Eve 1800. Napoleon Bonaparte is caught by the blast from an enormous cart bomb as he's driven to the opera. Who is to blame? Disgruntled Royalists, his former revolutionary colleagues or a British government waging in-direct war on the Napoleonic regime?

Terrorism has driven enormous political and legal change, violently impacting on the lives of millions of people around the world. But how did we get here, how did terrorism turn into such a powerful force in world affairs?

In a major new series Fergal Keane uncovers the roots of modern terrorism, taking us from the horrors of the French Revolution through the age of the great anarchist scare to the scourge of hi-jacking and the latest developments in counter-terrorism.

As one of the BBC's most experienced foreign correspondents Fergal will be drawing on decades of experience reporting on political violence in Northern Ireland, Bosnia, Africa and Sri Lanka to track the development of terror as a tactic.

Former terrorists, their victims and the security services that confront them will be revealing the personal experiences that give a fresh perspective on some of the most vicious conflicts in world history. Experts from the Handa Centre for the Study of Terrorism and Political Violence at St Andrews University add the political and historical context to help us understand and cope with the phenomenon of terrorism.

See all episodes from Terror Through Time

See all clips from Napoleon and the Birth of Terror (2)