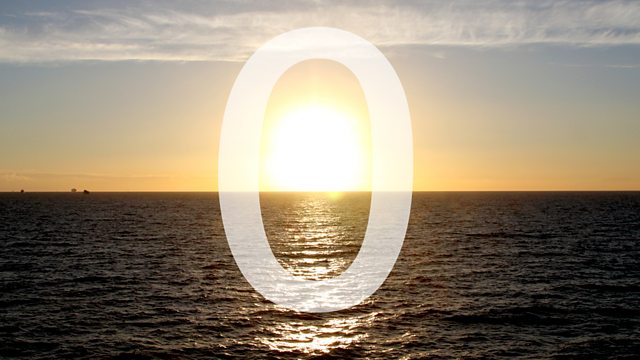 4 Extra Debut. Alex Bellos explores links between spiritual thought and mathematics in ancient India. Did the number zero originate there? From October 2013.

Journalist and numbers obsessive Alex Bellos travels around India to explore the fundamental numerical gifts which early Indian mathematicians gave to the world and asks whether the great religions of ancient India - Hinduism, Buddhism and Jainism - had any part in their origins.

The number system which the world uses today originated in India in the early centuries of the First Millennium AD. It is usually called the Arabic numeral system, but in the Middle East the scheme employing the symbols 0 to 9 is correctly referred to as the Indian system. The designation of zero as a number in its own right by South Asian thinkers was arguably the greatest conceptual leap in the history of mathematics.

During his numerical odyssey, Alex visits a temple in Gwalior containing the earliest zero in India with a known date. He is also granted an audience with one of Hinduism's most revered gurus, who is also an author of books on numbers. His Holiness, the Shankaracharya of Puri tells Alex that the study of mathematics is a path to Nirvana.

In conversation with India's most eminent mathematician, Professor S G Dani in Mumbai, Alex hears how early Indian philosophers toyed with numbers far more massive than the Greeks. Buddhists, for example, mused on a number with 53 zeros and the Jains contemplated various varieties of infinity - something that modern mathematicians do two thousand years later.

Alex also dips into the current controversy surrounding so-called Vedic Mathematics. This is a collection of speed arithmetic tricks which a great guru of the early twentieth century claimed to have discovered in the Vedas, Hinduism's most sacred scriptures.

Alex Bellos with the Shankaracharya of Puri