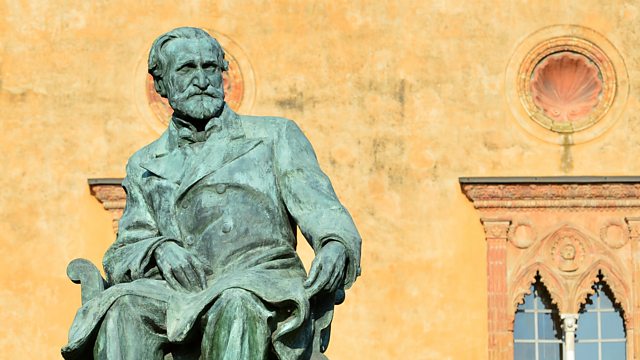 As part of Radio 3's Verdi 200 celebrations, Tom Service presents a special programme tracing the composer's reputation and influence from his death in 1901 to the present day.

As part of Radio 3's Verdi 200 celebrations, Tom Service presents a special edition of Music Matters tracing the composer's reputation and influence from his death in 1901 to the present day. Taking as a starting point the extraordinary outpouring of grief at Verdi's funeral, Tom looks at the different meanings attached to his operas by subsequent generations. Musicologist Gundula Kreuzer tells the fascinating story of Verdi and the Third Reich, and Emanuele Senici explains to Tom what a particular
performance of Nabucco in Naples in 1949 tells us about Verdi's relationship with his own people.

We hear from conductor Riccardo Chailly about the impact of Verdi on Mahler, and composer Luca Francesconi on why Verdi was - and still is - so modern. Tenor Joseph Calleja tells us why Verdi is so hard to sing, and opera directors Francesca Zambello and David Alden offer some insights about why and how these operas continue to speak to audiences in 2013, 200 years after Verdi's birth.