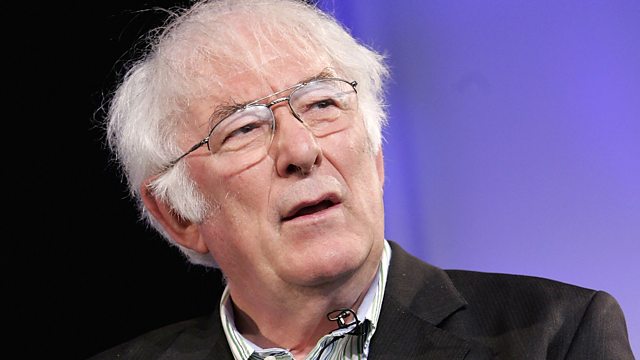 Book of the Week Seamus Heaney - Beowulf
Episode 1 of 10

A king is attacked by a demon. Can anyone help? Poet Seamus Heaney reads his own translation of the great Anglo-Saxon poem.

In the years after the funeral of the Dane's warrior King Shield Sheafson, the evil fiend Grendel rises to prowl the land. At the court of Hygelac in Geatland, a great warrior prepares to help King Hrothgar.

Radio 4 pays tribute to Seamus Heaney, Nobel Prize-winning poet, internationally recognised as one of the greatest contemporary voices who passed away earlier this month at the age of 74.
Composed towards the end of the first millennium, the Anglo-Saxon poem Beowulf is one of the great Northern epics and a classic of European literature. Seamus Heaney's translation , completed near the end of the second millennium is both true, line by line, to the original, as well as being an expression of his own creative, lyrical gift.
Here, in a recording made ten years ago, Seamus Heaney brings his vibrant powerful writing to life as he reads ten fifteen minute extracts from the narrative.
The poem is about encountering the monstrous, defeating it, and then living on, physically and psychically exposed, in that exhausted aftermath. It is not hard to draw parallels between this story and the history of the twentieth century, nor can Heaney's Beowulf fail to be read partly in the light of his Northern Irish upbringing.
But it also transcends such considerations, telling us psychological and spiritual truths that are permanent and liberating.