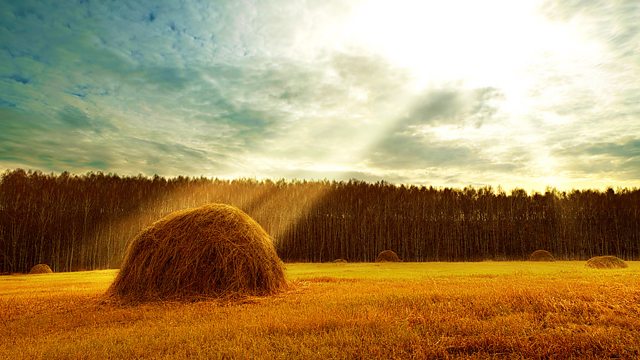 4 Extra Debut. Russia. Katerina begins a passionate affair and is determined to destroy anything standing in her way. Stars Rochenda Sandall.

This new dramatisation by Marty Ross of the classic 1865 novella by Nikolai Leskov tells the dramatic story of Katerina, whose provincial life in 19th century Russia, married to an older man she has never loved, is transformed by the arrival of attractive philanderer, Sergei.

Katerina embarks on a passionate affair and, in her state of heightened emotion, she is determined to destroy anything that stands in her way. With her husband working away, and her relationship with Sergei on the point of exposure in the close knit farming community, she begins by dispensing with her father in law, but soon it becomes inevitable that further murders will be necessary to sustain her ferocious desires.

Shakespearean in both its language and emotional intensity, Katerina is portrayed as an anti-heroine of compelling intensity. The story, perhaps best known as the source for Shostakovich's famous opera of the same name, is by a Russian writer less well known than the likes of Tolstoy and Dostoevsky, but whose work was much admired by Chekhov and Gorki, a rural Russian 'film noir'.