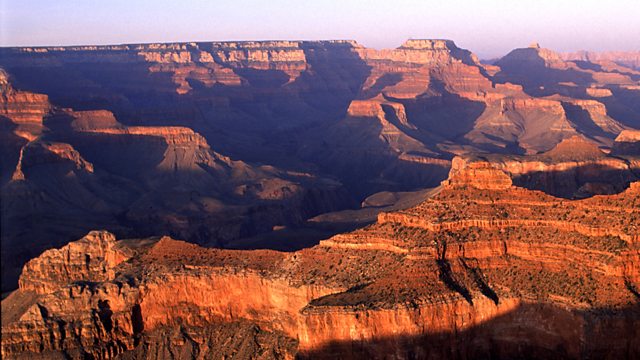 Professor Trevor Cox talks to sound designers to find out how they use soundscapes and sound effects to manipulate excitement and emotion in the cinema audience.

How do sound designers use soundscapes and sound effects to manipulate excitement and emotion in the cinema audience?

Trevor Cox, Professor of Acoustic Engineering, visits Pinewood studios to meet Glenn Freemantle, who subsequently won an Oscar for his work on Gravity. Freemantle describes the extraordinary lengths he went to in order to re-create the soundscape of a remote desert canyon in the 2010 film 127 Hours, so that the cinema audience hears exactly what the climber trapped under a rock for 127 hours hears as he tries to escape. And he shows how to build up the sound in a creepy scene to make the audience feel uneasy.

Trevor Cox also learns how the sound of a futuristic motor bike is created in the latest Judge Dredd film - how does a sound designer create a sound that is incredibly powerful but also believable?

And there's a revealing trip to a screening room in central London to experience the very latest technology in the world of cinematic surround sound.

The Poem of the End

The Last Days of Summer