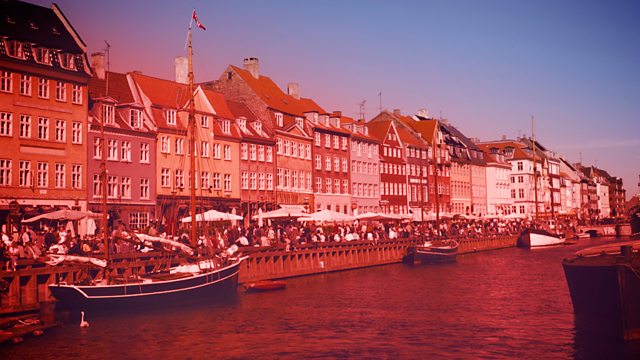 Fear and Trembling in Copenhagen - In Search of Soren Kierkegaard

Nigel Warburton travels to Copenhagen to explore the writings of Danish philosopher Soren Kierkegaard - often called the father of existentialism, in the year of his bicentenary.

Nigel Warburton travels to Copenhagen to explore the life and writings of Danish philosopher Soren Kierkegaard - often called the father of existentialism - in his bicentenary year.

In Denmark today the name Kierkegaard evokes a mix of pride and uncertainty. His mix of earnestness and irony - angst and comedy, influenced many thinkers and writers in the twentieth century: from Wittgenstein, Jean Paul Sartre and W H Auden, to Woody Allen. But he remains difficult to categorise.

His name means 'graveyard' - fitting for a man often referred to as the father of existentialism: now a byword for angst and despair. But Kierkegaard was an eccentric, paradoxical writer, who can be read in many ways. An anti-intellectualist yet profoundly intellectual; deeply Christian but relentlessly critical of the Church; a philosopher, who hated most philosophy, and a poet, some even say a novelist, who never really wrote poems or novels.

On location in Denmark Nigel Warburton travels to his old apartments and walks the streets this eccentric man took his inspiration from. He also visits the cathedral which Kierkegaard spent his last years attacking, and asks what this controversial Christian thinker can offer us in a highly secular age.

Sound of Cinema: Composing for Hollywood

The Devastation of British Art