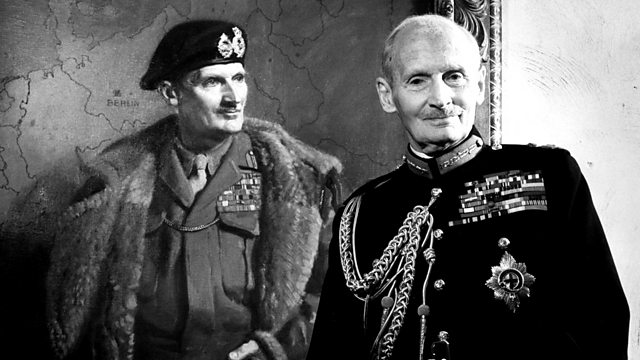 "In defeat, unbeatable; in victory, unbearable" – so said Winston Churchill on this week's Great Live, Field Marshal Bernard Law Montgomery. Many would argue that he was Britain's greatest field commander since Wellington - arrogant, hard to like but undeniably successful – one of the most, perhaps the most, conspicuously successful British commander of the Second World War. He was a national celebrity.

In this edition of Great Lives - Al Murray - comedian and TV personality best known for his character of 'The Pub Landlord' champions Monty – and Al starts off by showing presenter Matthew Parris his action figure doll of the man. Joining them is expert historian from the Imperial War Museum, Terry Charman.