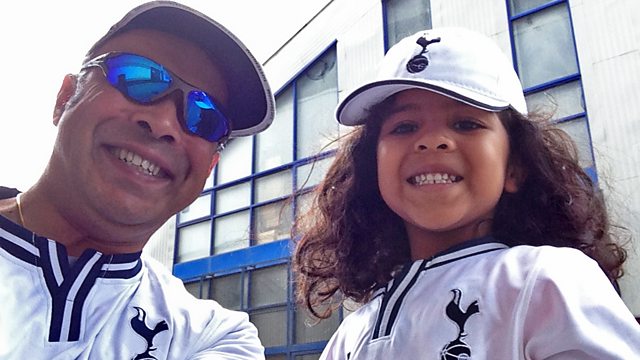 BBC science correspondent and father Pallab Ghosh talks to lone parent Bob Greig about his experiences of fatherhood. First of a two-part series.

In this series of One to One, where broadcasters pursue topics that interest them beyond their day to day job, BBC science correspondent Pallab Ghosh finds out more about the way fathers and daughters interact - a subject that's fascinated him since the birth of his daughter 5 years ago. In the first programme of two, he talks to lone parent Bob Greig about his experiences of fatherhood, especially when it was something that was thrust upon him by the breakdown of his marriage when his daughters were young.