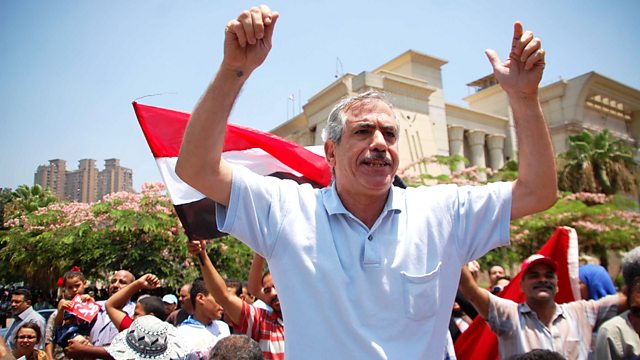 Egypt's Muslim Brotherhood: Why Did They Fail?

The Muslim Brotherhood came to power in Egypt's first democratic elections, but the party was ousted after just one year. Christopher de Bellaigue asks why the Brothers failed.

Barely a year after Egypt's post-revolution elections were held, millions of protestors took to the streets to demand the resignation of President Mohammed Morsi. After a short stand-off with army leaders, he was removed from power in what many describe as a coup d'etat.

The subsequent clashes between Mr Morsi's Muslim Brotherhood supporters and security forces have proved violent and bloody and the country is once again being governed by the military - but what were the events which closed this short chapter in the fledgling Egyptian democracy?

Christopher de Bellaigue speaks to insiders from across Egypt's political spectrum to reveal the mistakes and power-plays which led to the downfall of the country's first democratically elected president.