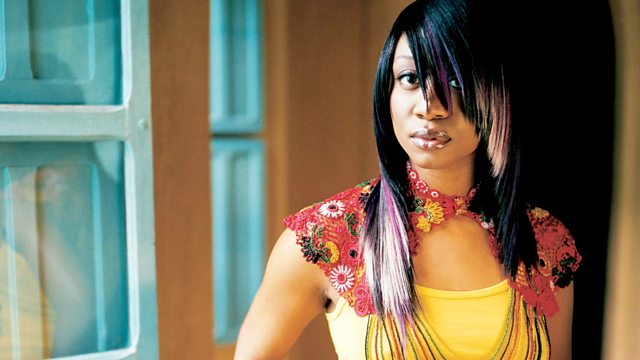 Highlights from the Woman's Hour week, presented by Jane Garvey. With Beverley Knight on her new role in The Bodyguard, the status of women astronauts and florist Constance Spry.

Beverley Knight on her new role in The Bodyguard. Harriet Harman MP, the Labour deputy leader and Woman's Hour Powerlister, talks about her life in politics. The film 'Dark Girl' looks at the way women with darker skin suffer discrimination from women with lighter skin - we discuss with Dr Jude Smith Rachele who organised the premiere of the film and journalist Reni Eddo-Lodge.

TV dramas regularly show naked breasts whereas male genitalia are rarely visible - does it matter? We discuss whether this signifies a double standard with journalist Bim Adewumni and Gub Neal, former head of drama at Channel 4. Female astronauts, 50 years on from the first woman in space.

A new play about the Society Florist Constance Spry reveals a shocking private life - we discuss with its producer Mig Kimpton and floral designer Susie Edwards who worked for Mrs Spry. Opera singers Helen Sherman and Paula Sides sing from on The Coronation of Poppea.