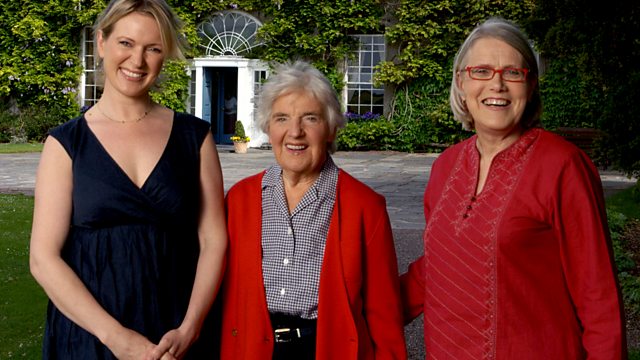 A Quiet Food Revolution: The Story of Myrtle and Darina Allen

How two women, Myrtle and Darina Allen, revolutionised food in Ireland with their cooking. From pioneering restaurants to farmers' markets, Dan Saladino tells the Ballymaloe story.

Myrtle and Darina Allen, revolutionised food in Ireland with their cooking. From pioneering restaurants to groundbreaking farmers' markets, Dan Saladino tells the story of food and Ballymaloe.

In 1964 Myrtle Allen, a mother and farmers' wife turned her home in Cork into a restaurant like no other. Ingredients were grown on the family farm, foraged locally or sourced by producers nearby. Unusual for its time, menus were written on a daily basis and traditional Irish recipes were celebrated.

The restaurant influenced people's thinking on what a restaurant could be. In 1968 Myrtle was joined by a young ambitious cook from Dublin, Darina O'Connell. She married into the family and became the now much celebrated Darina Allen, cook, writer and television presenter.

The Food Programme looks at five decades of work, in food, by the two women, from the original restaurant Ballymaloe House to the world famous Ballymaloe Cookery school. It features adventures in Paris, pioneering ideas on how food should be bought and sold as well as campaigns to keep food traditions alive.