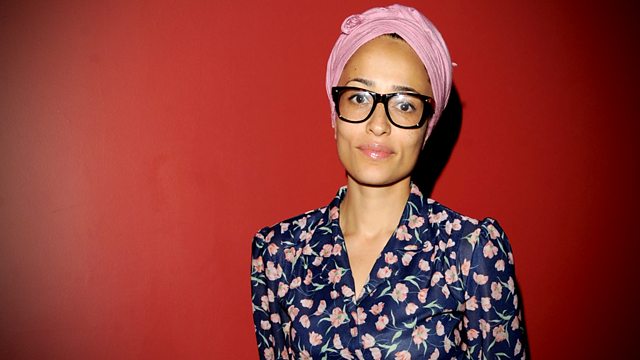 Kirsty Young's castaway this week is the novelist and critic, Zadie Smith.

First published at just twenty four her debut novel "White Teeth" garnered huge attention and praise. As a result she suffered the unnerving experience of doing her literary growing up in public.

Yet in spite of the scrutiny she blossomed. In the 13 years since, her novels, essays and short stories have brought numerous literary prizes and critical praise. Born to a Jamaican mother and a British father she was brought up in Willesden, North London where many of her characters live. She began writing at the age of 5 and was a voracious reader - devouring the greats of literature. Now she divides her time between Willesden and New York where she teaches creative writing.

She describes herself as "an English novelist enslaved to an ancient tradition" and yet her chosen areas of exploration could not be more of the moment.

She says, "I'm really interested in what memory feels like ... we only have snapshots of the past ..." she continues to declare that writing isn't about "being experimental, it's about finding something true."

See all clips from Zadie Smith (2)