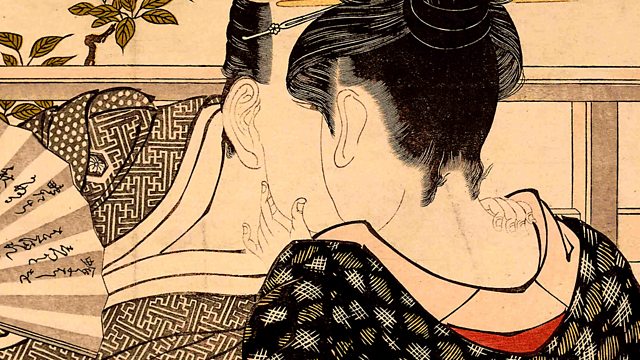 In Night Waves this evening Philip Dodd will be exploring the idea of loyalty. In the light of recent revelations about feuding in the Labour party does it make sense to demand or even expect loyalty from people in public life? Two former newspaper editors, Andreas Whittam Smith and David Yelland will be joining Philip to give their opinions. Also in the programme the historian, Tom Holland, will be sharing his passion for Herodotus; Tim Clark and Rosina Buckland will be discussing the evolution of the Japanese erotic print; and the Magnum photographer, Martin Parr will be paying tribute to one of his gurus - the late Tony Ray Jones.

Sound of Cinema: Landmarks - The Innocents

Only in England: Photographs by Tony Ray-Jones and Martin Parr is on at the Science Museum, London until Sunday 16 March 2014.

Shunga: sex and pleasure in Japanese art is on at the British Museum, London from Thursday 3 October 2013 until Sunday 5 January 2014, Parental guidance advised.

Image: Torii Kiyonaga, detail taken from Sode no maki (Handscroll for the Sleeve), c.1785 © The Trustees of the British Museum

The night of longing

The night of longing: Love and desire in Japanese prints is on at The Fitzwilliam Museum, Cambridge from Tuesday 1 October 2013 until Wednesday 12 February 2014.

Herodotus, The Histories written by Tom Holland is published by Penguin Classics on Thursday 26 September 2013.