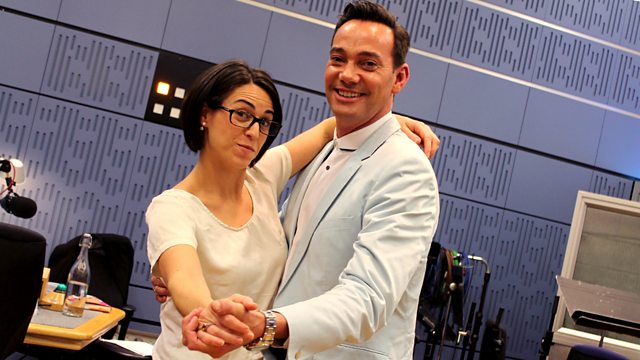 As part of the BBC's Sound of Cinema season, Suzy talks to conductor John Wilson, known for his sparkling performances of film scores from Hollywood's Golden Age with his John Wilson Orchestra. They discuss some of his favourites in the genre.

There's live music from John Lill, one of the finest pianists of his generation, who is midway through his cycle of all the Beethoven Sonatas - he talks to Suzy about his hugely successful career.

Sir Mark Elder joins us from Salford to talk about the Hallé's new season plus Suzy welcomes choreographer and former BBC Maestro winner Craig Revel Horwood into the studio to talk about his new book, Tales from the Dance Floor.

Presented by Suzy Klein
Main headlines are at 5pm and 6pm
in.tune@bbc.co.uk
@bbcintune.