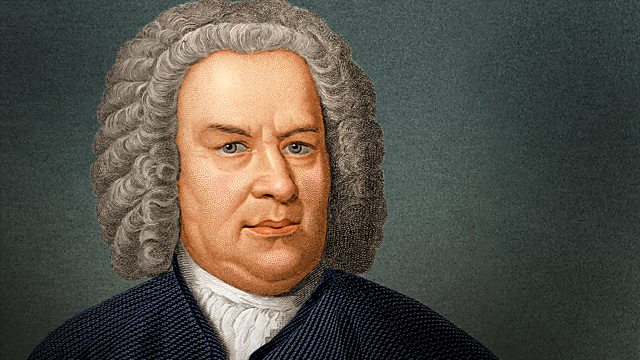 The Secret Life of JS Bach

He was the ultimate musical brain, the untouchable god with unimaginably lofty preoccupations. Or was he? Rev Richard Coles explores a different Bach, with some unexpected twists.

Long before the world of pop beckoned, and when the priesthood was an unimagined future calling, Rev Richard Coles had an unusual teenage passion. By his bed stood the bust of the greatest composer the world has ever known, with an inescapable marmoreal gaze that only the most self-assured genius could produce. This was a man with a gigantic musical brain, an untouchable god, a super-human with a daily life and preoccupations we can't begin to imagine. Bach that is, for avoidance of any doubt.

Or was he? For Radio 4, Coles sets out to meet another Bach, the hot young talent whose daily life as a church organist was punctuated as much by petty quarrels and hard graft as it was the call of the Romantic muse. He clambers inside the technological marvel which is an 18th-century German organ and discovers that the principles of physics, architecture, metallurgy and acoustics were every bit as prominent in Bach's armoury as his musicianship. And he hunts for clues as to why the young Bach might have been the prickly hot-head he appears to have been, including the intriguing theory that a disrupted childhood and chaotic education may have left him with a personality we might now consider to be characterised by clinical paranoia.

But what if we were to meet Bach in the flesh? Now Richard gets the chance to do exactly that. Well almost, thanks to the pioneering work of scientists in Dundee who have recreated the composer's image in 3D using the very latest forensic techniques. Is this meeting a realisation of lifelong fantasies, or is the Bach we uncover the very last person Richard would like to appoint as parish organist?