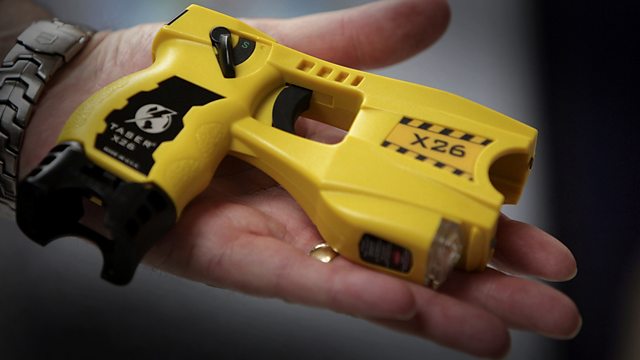 What are the risks of being tasered, and how safe are the alternative methods available to police, like CS spray, batons and police dogs? Melanie Abbott investigates.

More and more police are being armed with Taser stun guns prompting questions about whether they are always used in the right circumstances. Campaigners point to the controversial cases of partially-sighted Colin Farmer, Tasered in the back when police mistook his white stick for a Samurai sword. And 23 year-old Jordan Begley who died after being Tasered by Greater Manchester Police in July this year.

But how much do we really know about how dangerous these stun guns are compared with alternatives like CS spray, batons and police dogs? And is the training adequate? Melanie Abbott is given rare access to police officers as they undertake their final Taser assessment. And she'll hear demands for more research into the medical impact of being Tasered.

Banking Interns: Sleepless in the City

Samantha Lewthwaite: From the Shires to Al-Shabab