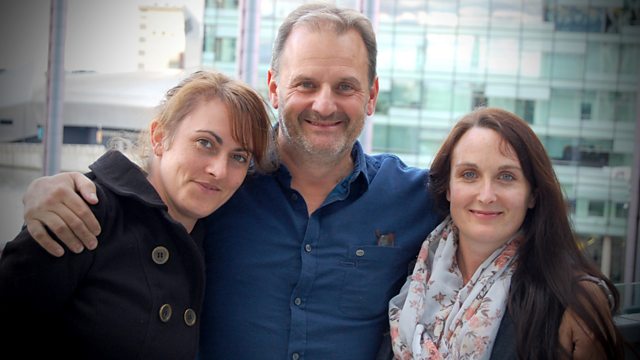 An hour of the best folk and acoustic music from Britain and beyond, including an interview with Fay Hield and Nancy Kerr about The Full English project.

Mark Radcliffe presents an hour of the best folk and acoustic music from Britain and beyond, including the latest releases, classic tracks and news from the folk world.

This week, musicians Fay Hield and Nancy Kerr talk about The Full English project and the new album from its associated folk 'supergroup'.

The Full English is a major new archive that compiles numerous collections of English folk music, and makes those collections fully searchable via a freely-accessible website.

To celebrate the launch of the new resource, Fay was asked by the English Folk Dance and Song Society (EFDSS) to create new arrangements of lesser-known songs in the archive. She is now showcasing those arrangements with a remarkable group: Nancy Kerr, Seth Lakeman, Martin Simpson, Sam Sweeney, Rob Harbron and Ben Nicholls.

The Full English group is releasing an album and they tour the UK this autumn.
On this week's Folk Show, Fay and Nancy explain the significance of the archive and discuss the work of the remarkable new folk group.