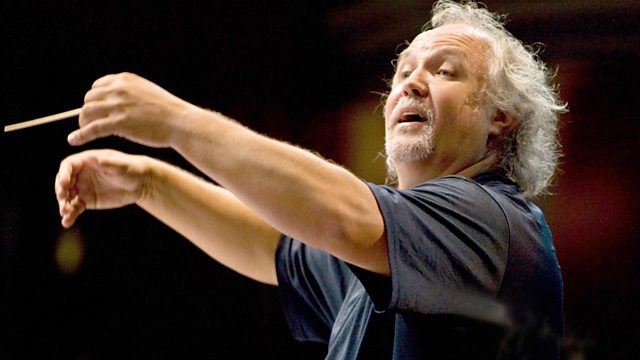 Britten: Overture, The Building of the House
Mahler: Songs

The BBC Scottish Symphony and Chief Conductor Donald Runnicles launch their 2013/2014 season with a concert celebrating the music of Gustav Mahler.
The concert opens with music by a composer who took great inspiration from that Austrian master: Benjamin Britten. In his centenary year, the orchestra perform his sparkling 'Overture: The Building of the House.'
The internationally renowned baritone Thomas Hampson joins the orchestra to perform a selection of Mahler's songs from 'Des Knaben Wunderhorn' and 'Lieder eines fahrenden Gesellen'. Mahler's epic Fifth Symphony -from the turn of the 20th Century- concludes the concert. Described by Benjamin Britten as music to 'revel' in, this mighty work journeys over 75 minutes from an ominous funeral march to a breath-taking finale, by way of the 'Adagietto'. Written as an expression of love to Alma Schindler, whom he was shortly to marry, it is possibly Mahler's most famous musical work.