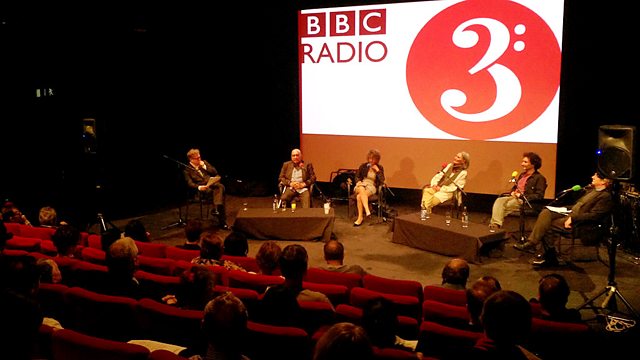 Sound of Cinema: Landmarks - The Innocents

A Landmark edition recorded at the British Film Institute as part of the Sound of Cinema season: Matthew Sweet and guests examine the British gothic horror classic The Innocents.

A Landmark edition recorded in front of an audience at the British Film Institute as part of the Sound of Cinema season: Matthew Sweet is joined by the film's stars Peter Wyngarde and Clytie Jessop, psychoanalyst Susie Orbach, writer and critic Christopher Frayling and stage and screenwriter Jeremy Dyson to examine the British horror classic The Innocents.

The Innocents is a supernatural horror film based on the novella The Turn of the Screw by Henry James starring Deborah Kerr as Miss Giddens, the young governess who begins her first assignment caring for two orphaned children on a remote estate. She becomes convinced that the house and grounds are haunted - the film achieving its gothic effects through lighting, music and direction rather than conventional shocks, as we follow the increasingly erratic behaviour and visible deterioration of the ever present governess. But are we watching a real ghost story or is this just the projection of the imagination of the repressed governess?

As part of Radio 3's Sound of Cinema season, Matthew Sweet and guests are joined by an audience at the British Film Institute for a Landmark edition of Night Waves, to examine how the combination of cinematography, the script of William Archibald and Truman Capote and Georges Auric's original music and the direction of Jack Clayton created a masterpiece that terrified even the critics.

The Innocents is re-released by the BFI as part of GOTHIC: The Dark Heart of Film in selected UK cinemas on Friday 13 December 2013, certificate 12A.