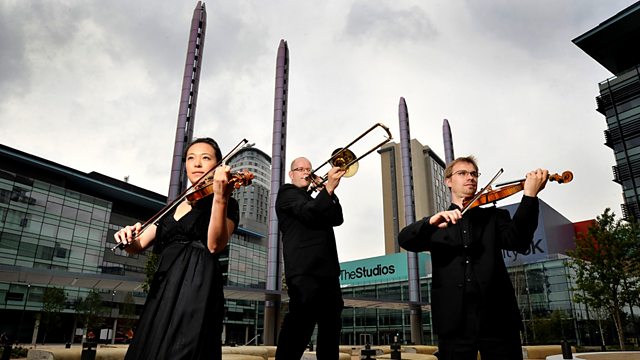 Live from MediaCity in Salford, the conclusion of the BBC Philharmonic's concert of great film scores. With music by Rawsthorne, Goodwin, Coates and John Williams.

'Sound of Cinema': Live from the BBC Philharmonic's home at MediaCityUK.

The BBC Philharmonic, conducted by Rumon Gamba, performs a concert of great scores from the silver screen, including the March from 'Dambusters', music from '633 Squadron' and the iconic 'Star Wars' theme.

This concert is part of the BBC's 'Sound of Cinema' season, exploring the composers, songs and film scores that form the soundtrack to the big screen.