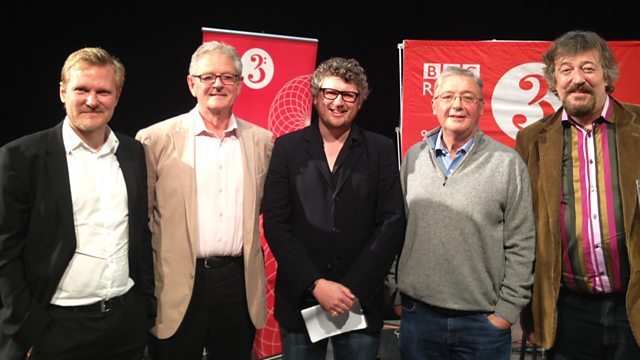 Tom Service chairs a discussion with guests including Stephen Fry and bass Robert Lloyd, focusing on Verdi and Wagner and how they each revolutionised opera.

Tom Service chairs a discussion from the Clore Studio Upstairs at the Royal Opera House, Covent Garden, with a panel of guests including the actor, writer, director and broadcaster Stephen Fry, the bass Robert Lloyd, the directors Graham Vick and Kasper Holten and the conductor Simone Young about Verdi and Wagner and how they each revolutionised opera in the 19th century.