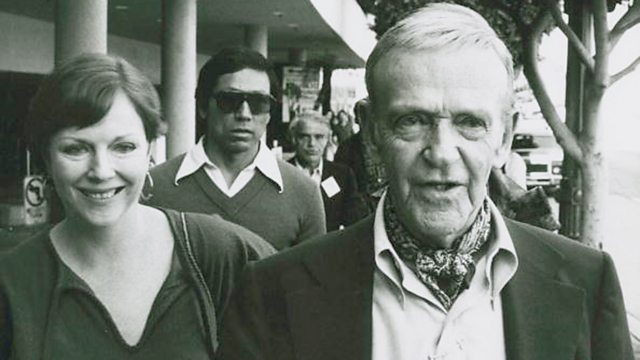 Doug Allan is a wildlife photographer and cameraman. Twice winner of the Polar Medal, he's worked on a range of BBC series including Blue Planet, Planet Earth and Frozen Planet. David Attenborough has described him as 'the toughest in the business.' Doug is touring the UK with his personal recollections of filming in some of the most inhospitable places in the world.

Michael 'Mini' Cooper is the author of Mini and Me, a book about his life in care and his relationship with filmmaker Franc Roddam. Mini was a troubled child. At nine he set fire to the family home and spent 38 years in and out of jails, secure mental health units and halfway houses. In 1975 Franc directed a BBC documentary featuring 11-year-old Mini which was the start of their enduring friendship. Mini and Me is published by Ziji Publishing.

Former monk Ewan Clayton is a calligrapher and professor in design at the University of Sunderland. He is also co-director of the International Research Centre for Calligraphy. His book, The Golden Thread, tells the history of the written word from simple representative shapes to record goods and animals in ancient Egypt to drop-down menus on a macbook Pro. The Golden Thread is published by Atlantic Books.

Ava Astaire McKenzie is the daughter of Hollywood legend Fred Astaire. She pays tribute to the musical Top Hat which is based on the RKO feature film. The most successful film of the nine RKO movies Astaire and Ginger Rogers made together, Top Hat premiered at the Radio City Musical Hall in 1935. The new stage musical includes Irving Berlin classics from the film such as Cheek to Cheek, Isn't It a Lovely Day to be Caught in the Rain and Top Hat, White Tie and Tails. Top Hat is at London's Aldwych Theatre.