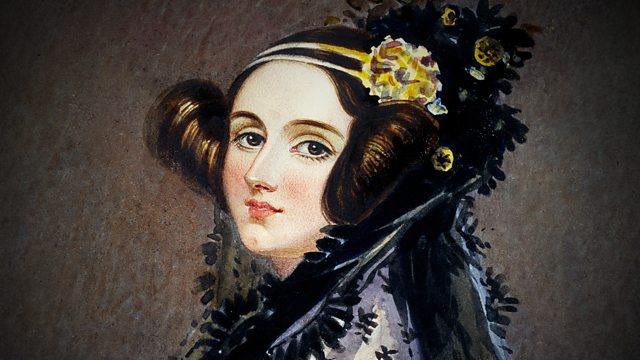 From Banking, to air traffic control systems and to controlling the United States defence department there's a computer language called 'Ada' – it's named after Ada Lovelace – a 19th century mathematician and daughter of Lord Byron. Ada Lovelace is this week's Great Life. She's been called many things – but perhaps most poetically by Charles Babbage whom she worked with on a steam-driven calculating machine called the Difference Engine an 'enchantress of numbers', as her similarly mathematical mother had been called by Lord Byron a "princess of parallelograms". Augusta 'Ada' Byron was born in 1815 but her parents marriage was short and unhappy; they separated when Ada was one month old and she never saw her father , he died when was eight years old. Her mother, Annabella concerned Ada might inherit Byron's "poetic tendencies" had her schooled her in maths and science to try to combat any madness inherited from her father.

She's championed by TV presenter and writer – Konnie Huq, most well known for presenting the BBC's children's programme - 'Blue Peter' and together with expert– Suw Charman- Anderson, a Social technologist, they lift the lid on the life of this mathematician, now regarded as the first computer programmer with presenter Matthew Parris.