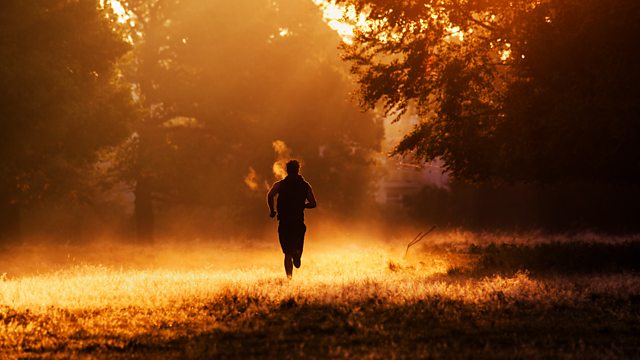 4 Extra Debut. A man down on his luck tries to rebuild his life with the help of jogging and classical music. Comic tale read by Mark Meadows. From September 2013.

The poet Paul Henry's comic tale 'Jogging with Mozart' is read by Mark Meadows. Matlock is a forty-three old musician whose girlfriend Karen has chucked him out, making him homeless. A friend takes pity and smuggles him into the empty flat of his dead Aunty at the 'Lavender Fountain Sheltered Housing Scheme for the Elderly'. He's not supposed to be there, so he tries to keep a low profile, avoiding the all-seeing eye of the warden, Eunice. As he tries to piece his life back together, he seeks comfort in jogging and rediscovers his passion for the piano, but fate deals him another cruel blow.