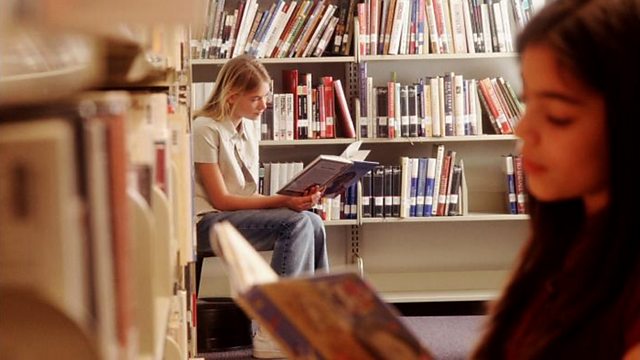 Our Libraries: The Next Chapter
Episode 2 of 2

Michael Rosen visits the biggest public lending library in Britain, the brand new Library of Birmingham. What will it do for the city?

As public libraries shut down or cut their opening hours, Michael Rosen continues a two part investigation into the library story from the ancient world to the modern and beyond.

In the second episode, Michael visits the biggest public lending library in Britain, the brand new Library of Birmingham. In this cultural centre for the 21st century, the emphasis is as much on access to information technology and cultural events as on the old-fashioned book. What will it do for the city, and how might the new super library affect smaller community libraries in the area?

Matthew Nicholls from Reading University takes us on a tour of the libraries of imperial Rome, with their papyrus scrolls and busts of great men. And from Bexar County, Texas, we hear how any busts of great men will be virtual busts, pictures on the screens of visitors to what has been hailed as America's first "bookless library." Is this the future?

See all episodes from Our Libraries: The Next Chapter