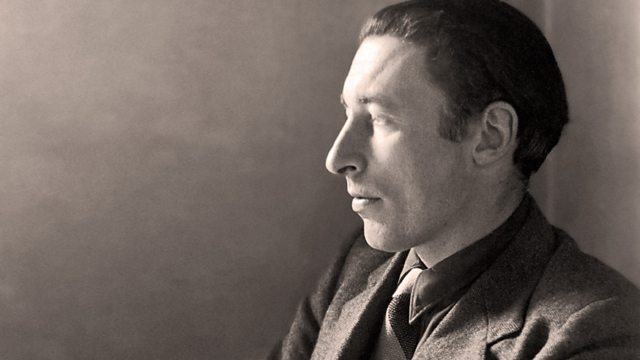 The Watcher on the Wall

Dramatised from his letters, the story of poet Louis MacNeice's transatlantic love affair and the poetry it inspired.

To mark the fiftieth anniversary of his death, the story of poet Louis MacNeice's trans-Atlantic love affair with the American short story writer Eleanor Clark and the poetry it inspired, dramatised from his Letters by playwright Lucy Caldwell.

In 1939 Louis MacNeice fell in love. The poet had had a tough few years: his world had fallen apart when his adored wife eloped with their American lodger, and now, with divorce proceedings acrimonious and MacNeice a single parent looking after their young son Daniel, the poet plunges himself into his travels and his work.

Then, in the spring of 1939, MacNeice met Eleanor Clark, a young, beautiful and gifted short-story writer. Their intense, passionate, desperate affair - he in England, she in New York, the war and the Atlantic Ocean between them - consumed the next few years, and the poet's imagination. Communicating through letters, their relationship becomes for MacNeice one of pursuit rather than possession, but nevertheless amid the pressures of parenthood, debts, deadlines and the on-going war, it inspires some of MacNeice's most famous and passionate poetry, most notably "Meeting Point" and "Cradle Song for Eleanor". But can a relationship that exists more in the mind than reality ever endure, or will its fate simply be that of a passing poetic fantasy?

Also a prolific writer/producer of radio drama, the Belfast-born poet began working at the BBC in 1941 where he produced numerous programmes including the acclaimed drama "The Dark Tower." It was while caving in Yorkshire recording sound effects for a radio drama that MacNeice contracted the pneumonia that lead to his death on 3rd September 1963.

The Letters of Louis MacNeice edited by Jonathan Allison were published by Faber & Faber in 2010.