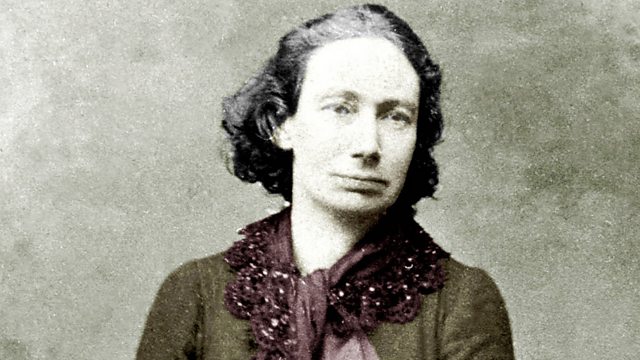 TV journalist and writer Paul Mason talks to Matthew Parris about the 19th Century French anarchist, Louise Michel, heroine of the Paris Commune. They're joined by historian Carolyn Eichner who says that Michel "expounded action and aggression with a theatrical, infectious elegance."

Known as 'the Red Virgin of Montmartre', Michel fought on the barricades in the short-lived revolution of 1871. Captured and tried by the French government, she told her accusers: "Since it seems that every heart that beats for freedom has no right to anything but a little lump of lead, I demand my share. If you let me live, I shall never cease to cry for vengeance and l shall avenge my brothers. If you are not cowards, kill me!"

She served seven years in a penal colony in the South Pacific and seven thousand Parisians turned out to welcome her home. She was a school teacher, writer, orator, anthropologist, feminist and cat-lover. She wrote some moving poems – and an opera about the destruction of the world.