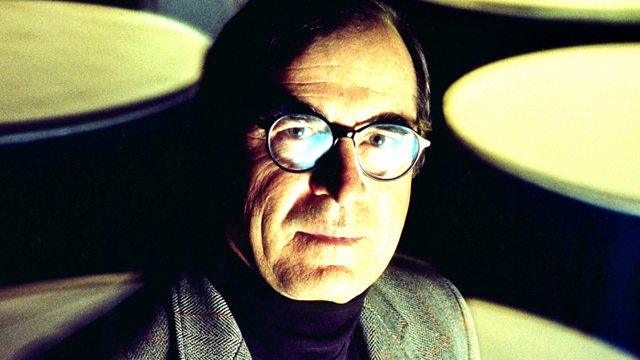 Paul Theroux discusses Dark Star Safari, his account of a perilous overland journey from Cairo to Cape Town in 2001, with James Naughtie and a group of invited readers.

With James Naughtie. The celebrated travel writer Paul Theroux discusses Dark Star Safari. The book is his account of an overland journey from Cairo to Cape Town, which he made 35 years after first living as a volunteer teacher in Malawi in the early 60s.

In the programme he talks about the pleasures and hazards of travelling across countries that many consider no-go areas. He recalls the joy of wild camping by the little known pyramids of the Sudan, the peril of being shot at on the road, and how the continent has changed since he first knew it as a young man. He explains his theories on western aid, and how he manages the rigours of travelling. He says it's best to travel light and alone, with an open mind, a willingness to make friends - and to never forget a paperback.

October's Bookclub choice : Bring Up the Bodies by Hilary Mantel.