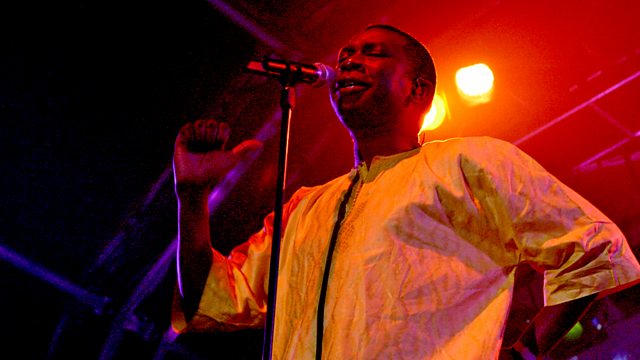 Documentary telling the remarkable life story of Senegal's most renowned singer/composer, Youssou N'Dour. He found international fame with the song 7 Seconds, but he became the voice of Africa through the emotional power of his songs followed by a dangerous move into politics. The film tracks Youssou's personal journey, with performances and rare footage from around the world, beginning in the remote desert landscape where Youssou chose to announce his return to music in February 2013. Featuring contributions from Youssou himself, his family, friends and band members, Peter Gabriel and Neneh Cherry, plus archive, home movies and performances from throughout his career.

This programme is part of BBC Four's World Music Season.

From afrobeat to zydeco via juju, panpipes and Uzbek folk, this is the story of the music that broadened our horizons.