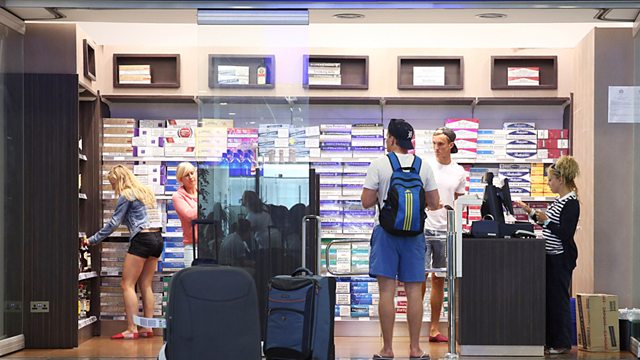 Consumer news with Peter White, including a best-before date for cycling helmets, films and supermarkets using tweets as reviews, and is duty free good value for money?

If you've been on holiday and bought from the duty free this summer - did you really get better value than on the high street? Trading standards officers object to a government proposal to give two days' notice before inspections.

When should you renew your cycling helmet? The energy customers complaining they've not received their gas bills.

Graduates paying thousands of pounds for internships in the city. Film reviewers being replaced by tweets from the public.