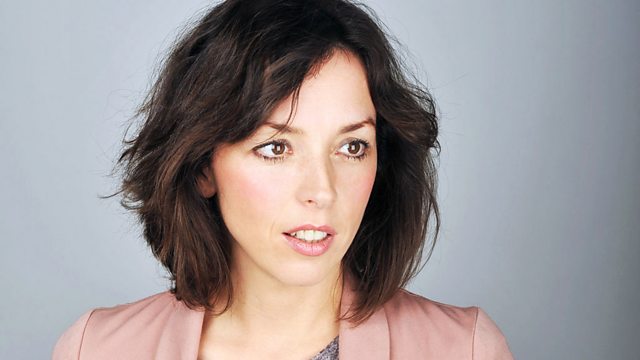 Bridget Christie talks about receiving the Foster's Comedy Award for best show at the Edinburgh Festival. She becomes only the third female solo comedian in the award's 33-year history.

There will be a shortage of midwives in England for at least another decade according to the Royal College of Midwives, who estimate a shortfall of 5,000 trained staff. So how will this affect government policy and patient care?

Violinist Midori Goto on her music, her teaching and her role as a UN peace Ambassador.

Harper's Bazaar magazine last printed Virginia Woolf's short story 'Lappin and Lapinova' more than 80 years ago, so why are they re-printing it now?

Author Katherine Quarmby on the impact the Dale Farm eviction had on travelling communities. We also talk to Candy Sheridan, an Irish traveller and campaigner and Janie Codona, an English Romani Gypsy.

According to the Royal College of Midwives, there will not be enough midwives in England for at least another decade. It estimates there is a current shortfall of 5000. The Department of Health says it has taken action to ensure that 5,000 are being trained but in April, Nick Clegg admitted that some NHS trusts are too short of money to take on extra midwives. The picture in Wales is no better and although there are currently enough midwives in Scotland and Northern Ireland, midwifery is an ageing profession. So how concerned should we be about the number of midwives in this country? Are pregnant women and babies in danger and what should be done to improve our midwifery services? Denise Linay is from the Royal College of Midwives.

Virginia Woolf and the Short Story

The latest issue of Harper’s Bazaar magazine re-prints a story by Virginia Woolf which they first published in 1939. ‘Lappin and Lapinova’ explores how a newly married young couple use pet names for one another to bolster their marriage, and what happens when their fantasy world begins to disintegrate. Justine Picardie, the editor of Harper’s Bazaar, and short story writer, Helen Simpson discuss.

Bridget Christie has beaten off 6 others to be given the Foster’s Comedy Award for best show at the Edinburgh Festival. She becomes only the third female solo comedian in the award’s 33-year history to take the highly sought-after gong, following Laura Solon who won in 2005 and Jenny Éclair, the first in 1995. Bridget discusses her show, A Bic for Her, and whether this year is a turning point for female comedians.

Women living in the traveller community

In 2011 dozens of Irish traveller families were evicted from Dale Farm in Essex following a fierce battle with the local council. Two years on writer Katherine Quarmby has written about the impact that this eviction and others have had on traveller and gypsy communities. Katherine joins Jenni in the studio with Candy Sheridan, an Irish traveller and campaigner and Janie Codona, a English Romani Gypsy.

Violinist Midori Goto made her international debut with the New York Philharmonic at the tender age of 11. She played the big first movement of Paganini’s Violin Concerto No. 1 and charmed the audience. Now Midori is not only a renowned soloist, but also a teacher, a UN peace Ambassador, and founder of several music non-profit organisations for under-priviledged children.
Midori Goto will perform Prom 63 at the Royal Albert Hall on Thursday 29th August

And you can listen live to this prom at 7.30 pm on BBC Radio3