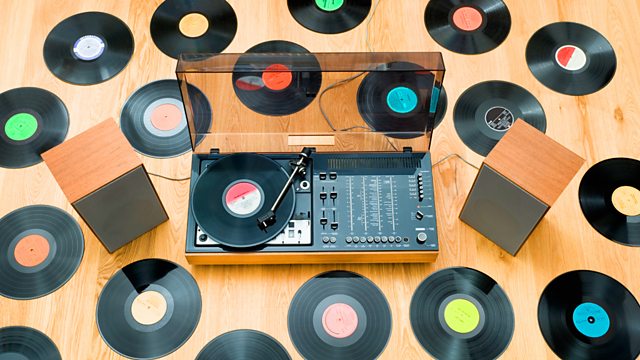 How I Stopped Worrying and Learned to Love My Albatross

4 Extra Debut. Pete Paphides runs through the stages of grief after a huge hit record. With Ralph McTell and Sandie Shaw. From August 2013.

Music writer Pete Paphides runs through the 5 stages of grief following a huge hit record with stories from some of those who know including Mike Batt, Ralph McTell, Colin Vearncombe, Ivan Doroschuk and Sandie Shaw.

Many artists are best known for doing something - be it a hit, or an album or for having an intense, sustained period of success that is hard to maintain in the long-run. In the case of Ralph McTell it's the song 'Streets of London', for Ivan Doroschuk from Men Without Hats it's 'The Safety Dance', for Mike Batt, a prolific songwriter and producer, his Womble years are often remembered first, Sandie Shaw has never been able to forget 'Puppet on a String' and Colin Vearncombe's band Black's albatross track was Wonderful Life.

The five stages a musician goes through of dealing with their albatross are uncannily similar to the five stages of grief that follow bereavement or news of a terminal illness. These were identified by psychiatrist Elizabeth Kübler-Ross in her 1969 book On Death & Dying (they also form the narrative arc of Bill Murray's character in Groundhog Day). They include denial, bargaining, anger, depression and finally acceptance.

How I Stopped Worrying And Learned To Love My Albatross walks through these five stages, with lots of testimony from people who have been through all the different points in the curve of self-realisation - punctuated, of course, with lots of clips of all their great songs.